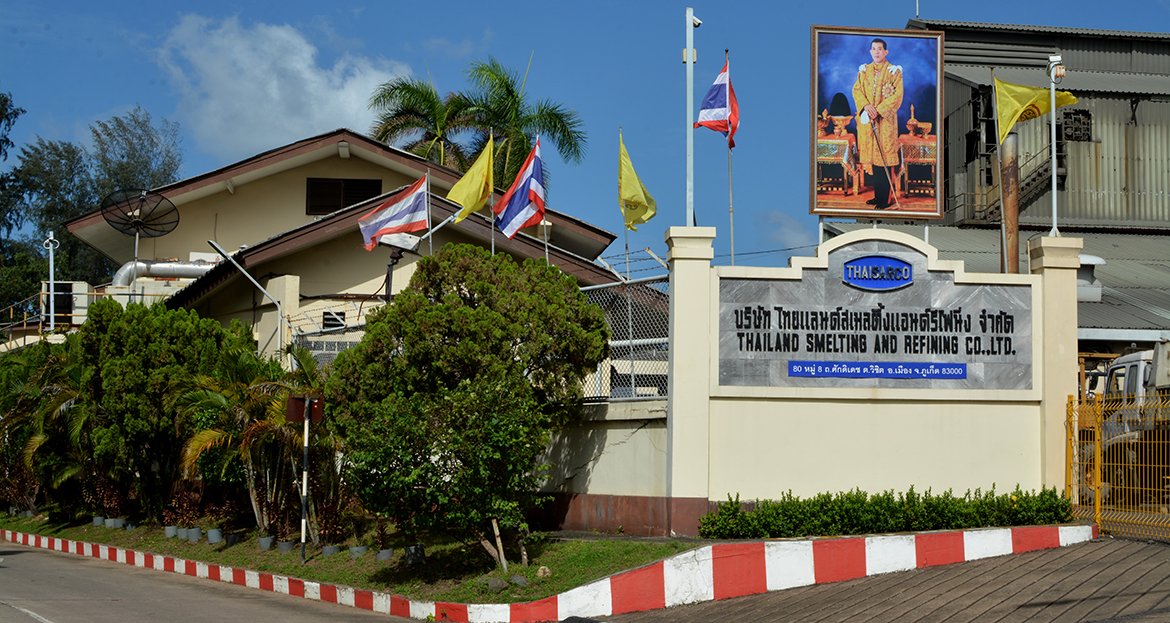 Thailand Smelting and Refining Co., Ltd., more commonly known as THAISARCO, was established in 1963 for the smelting and refining of domestically mined tin ores. Today THAISARCO, is recognised worldwide as an industry leader in the manufacture of tin, tin alloys and tin-related products.

THAISARCO commenced operations on July 29, 1965. It became part of Billiton BV of the Netherlands, a member of The Royal Dutch Shell Group in 1972.

Since 1995, THAISARCO has been managed and operated by its majority shareholder Amalgamated Metal Corporation PLC of the UK with a minority shareholding being held by Escoy Holdings of Malaysia.